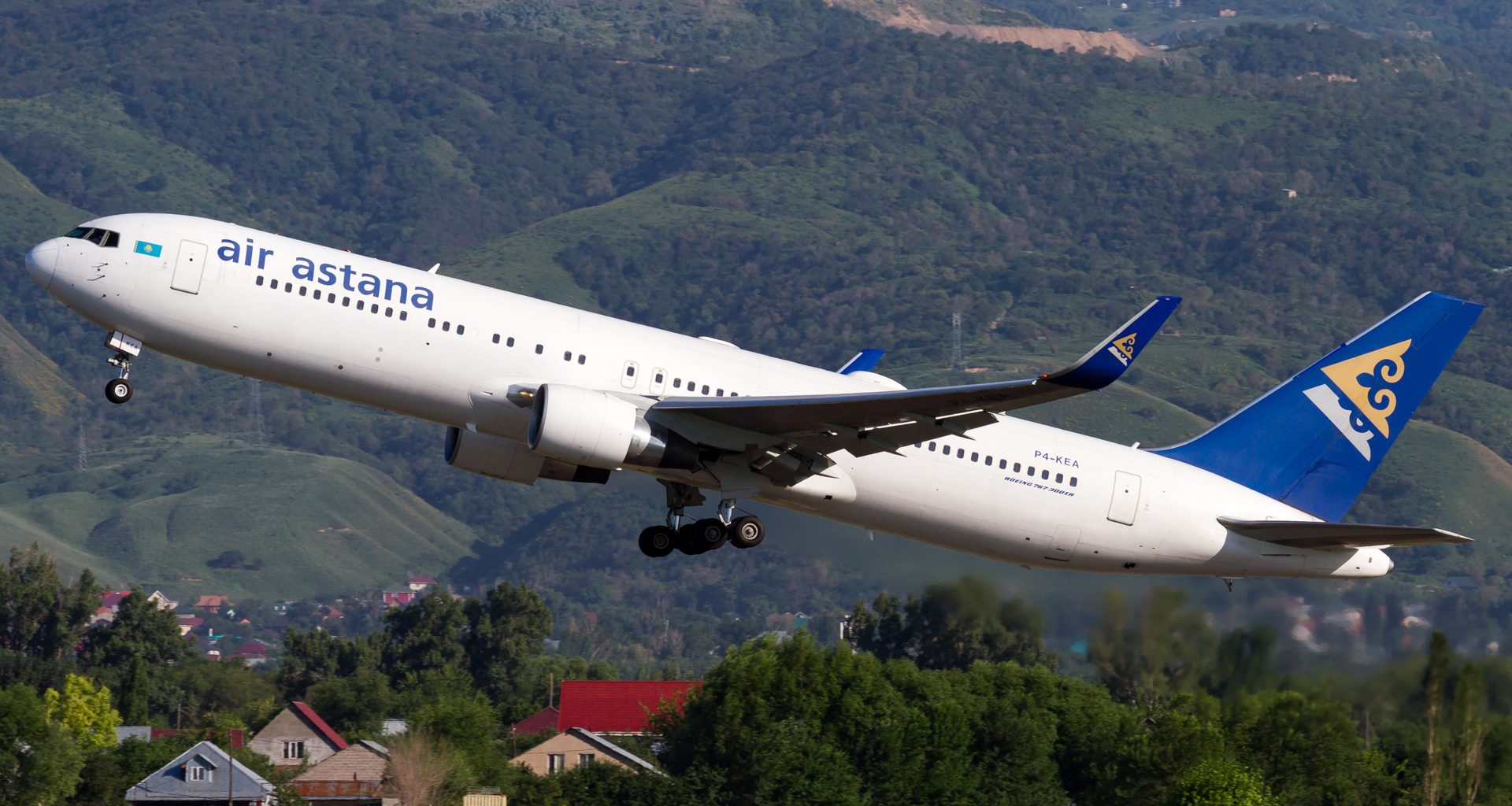 Air Astana, Kazakhstan’s award-winning flag carrier, made its maiden flight on the 15th of May 2002, with Dubai being amongst the airline’s earliest international destinations. Initial services from Almaty to Dubai started in August 2002 with twice-weekly flights and followed by additional service from Nur-Sultan commenced in 2007.

The number of passengers travelling on flights between Kazakhstan and Dubai has dramatically increased over the past 20 years, with less than 7,000 carried in 2002 and over 101,000 already carried during the first half of 2022. A similar jump can be observed in cargo volumes, with 54,000kg being uplifted in 2002 and over 730,000kg during the first half of 2022.

Vice-President, Marketing and Sales Air Astana, Adel Dauletbek, has recognised the need for increased services to respond to the demand.

“The UAE offers all range of leisure attractions and business opportunities, and Dubai has proven to be a very popular destination for Kazakhstan travellers over the past 20 years. Passenger traffic from Almaty and Nur-Sultan continues to grow strongly, and we plan to restore pre-pandemic frequencies from both cities later this year for winter season.”

Air Astana flight schedules to and from Dubai will be improved for passenger convenience in the coming winter season with departures from Almaty and Nur-Sultan in the morning and arrival at lunchtime, with the return departure from Dubai just after lunch and arrival back in Kazakhstan in the evening. Frequencies are scheduled to peak at 17 per week by the end of 2022, with ten services per week from Almaty and seven from Nur-Sultan.

Flights to Dubai are currently operated by state-of-the-art Airbus A321LR aircraft, which are configured with 16 Business class seats and 150 Economy class seats.

Kazakhstan has re-established a visa-free regime for citizens of 57 countries, including the United Arab Emirates (UAE), for up to 30 days to enter-exit and stay. Passengers arriving in Kazakhstan from foreign countries are not required to provide a certificate of vaccination or a PCR certificate with a negative test result for COVID-19.

Air Astana commenced its operations in 2002 as a joint venture between Kazakhstan’s national wealth fund, Samruk Kazyna, and BAE Systems, with shares of 51 per cent and 49 per cent, respectively. The airline is a full-service international and domestic carrier, with its low-cost division, FlyArystan, rapidly growing in regional and domestic markets since its launch in 2019.

With the future outlook continuing to be positive and the group fully committed to expanding the fleet to 59 aircraft by 2025, it also recognises the need to commensurately develop capabilities in training and maintenance.

President and CEO of Air Astana Group, Peter Foster, believes that it is timely for the Group to significantly expand the fleet.

“Air Astana has rapidly recovered despite an unprecedented series of operational challenges this year, with passenger traffic up 9 percent and seat capacity up marginally between January and July compared to the same period last year. Given the strong expectation of continued growth in both international and domestic markets in the future, it is now timely for the Group to be significantly expanding the fleet, together with investing in new pilot training and maintenance facilities, to achieve long-term goals.”

The Air Astana Group is also planning to expand its in-house maintenance capability at regional bases in the near future. These two developments ensure that Air Astana will remain a regional leader in terms of crew training and engineering services.

Air Astana became the first carrier from Russia, the Commonwealth of Independent States (CIS), and Eastern Europe to be awarded a prestigious four-star rating by Skytrax at its World Airline Awards 2012 and was also named ‘The Best Airline in Central Asia and India’ that year. Both achievements were repeated in consecutive years.

Today, Air Astana Group operates a fleet of 38 western aircraft, including Airbus A320/A321neo/A321LR family, Boeing 767-300ER and Embraer E190-E2 with an average age of 5.3 years. It operates over 40 domestic and international routes. Its passengers are served by more than 5000 highly qualified staff, the majority of whom are from Kazakhstan, supplemented by skilled foreign personnel. Since autumn 2005, the Air Astana team has been headed by Peter Foster, an airline executive with more than 30 years of management experience.

Air Astana also received both the APEX Regional Passenger Choice Award and TripAdvisor Travellers’ Choice Awards for three years in a row between 2018 and 2020. In 2021, Air Astana received the highest level five-Star Covid-19 Airline Safety Rating by Skytrax and the highest Diamond status for minimising and preventing the spread of the Covid-19 by APEX.

Air Astana Group experienced strong passenger growth in 2022, with 3.9 million passengers carried during the first seven months of the year, which represents a 9 per cent increase over the same period in 2021. The network continued to expand with the resumption of flights to destinations including London and Istanbul, together with the launch of new services to Greece. In the coming months, frequencies to Dubai, Delhi and Phuket will be significantly increased, and services to Bangkok will be resumed, which represents a significant step in re-building the Asian network.

Swoop Airlines Under Scrutiny as Couple Accuses Them of Racism

Read Article
Gas and electricity bills in the UK will be going up in April this year. According to the…
Read Article
While airlines across the globe continue to recover post-pandemic, Turkish Airlines managed to break the occupancy record by…