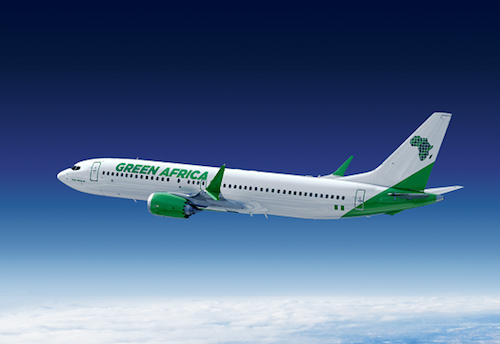 Green Africa Airways, one of the most resilient Nigerian air carriers recently thanked investors, stakeholders and customers for their continued support as they marked their one year anniversary. This feat was especially impressive, given the country’s current economic climate and the global aviation crisis that has directly contributed to the collapse of several Nigerian airlines.

Founded In 2019 by Stanford graduate Babawande Afolabi, and originally set to take off in 2019, Green Africa has encountered multiple setbacks in its short existence. It initially failed to obtain its Air Operating Certificate (AOC) from the Nigerian Civil Aviation Authority (NCAA) which subsequently delayed operations.

On August 9th of 2019, everything appeared to be resolved, and Green Africa was cleared to serve seven destinations across Nigeria. However, the coronavirus pandemic and ensuing international lockdowns created further hurdles and challenges for the start-up.

After a long-fought battle to obtain new investment and boost staff morale, Green Africa reached the skies. However, a mere two weeks after take-off, a legal challenge arose regarding the ownership of the company, where the plaintiff demanded upwards of $30 million in damages after what he referred to as a ‘failure to uphold agreements’.

Despite all the challenges, Green Africa was able to obtain fresh investors by 2022, notably from Leadway Assurance – the largest financial service providers in the country.

The airline allegedly transported over 150,00 passengers across eight domestic destinations, operating 3,098 flights in the first six months of operation.

They also had an ‘On-Time-Performace’ of 75.11%, a percentage significantly higher than most of the nation’s larger airlines. Afolabi stated in an interview that,

“We are on a mission to connect more people in Nigeria and Africa to their dreams and opportunities…It’s what kept us going despite the odds over the last several years, and it’s what will continue to sustain this franchise even after we are all gone.”

Hopes for the future

Green Africa has a number of ambitious plans for the next ten years, with hopes to eventually become the leading air carrier in the West African country. They plan to train and hire 200 captains and over 100 engineers by 2032, and have unveiled a rather detailed strategy for this endeavour.

They also hope to increase their fleet and reach their previous goal of owning 50 A220-300s, which was thwarted by ongoing economic issues created by the Covid-19 pandemic.

“We appreciate all our fliers who have flown with us these last 365 days. Our record of safely transporting 300,000 passengers on 6,261 flights proves that we are committed to reducing flight disruptions to the barest minimum having our goal of safely taking every Nigerian a step closer to their dreams.”

Green Africa’s resilience, short and long-term ambitions and atypical optimism is a wider testament to the potential to several African airlines functioning in increasingly uncertain times, in difficult economies.

What do you make of this development as the airline celebrates its first birthday?

Chiyedza is a final year Law student at the University of Bristol with a passion for writing and research. She centres her articles at TravelRadar on the development of aviation in Africa, the Middle East and Europe.

Read Article
A major breakthrough has come in the form of recovery of the Cockpit Voice Recorder (CVR) of flight…
Read Article
When Nik approached me, I thought he was going to ask me to leave.  I was strolling along…