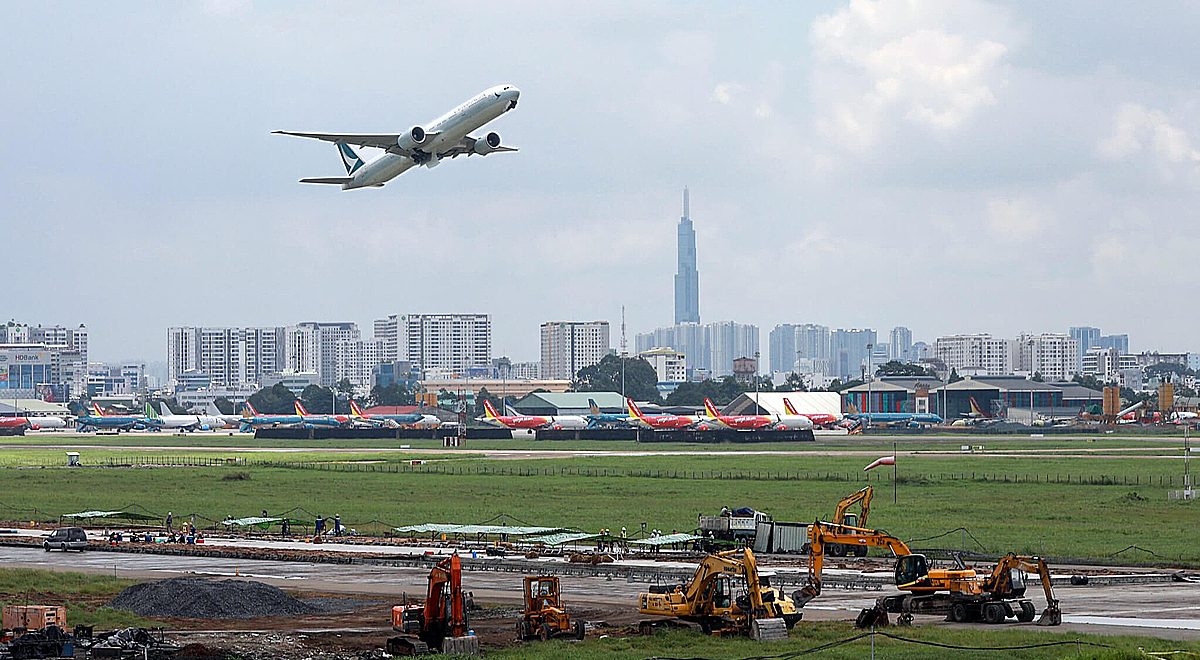 Vietnam has had one of the fastest-growing economies in South East Asia. With major cities continuing to develop, the need for air transport to connect smaller cities also becomes inevitable. The mountainous topography of the country makes air transport one of the most efficient ways for travellers. Is Long Thanh International Airport overdue? Let us find out which 3 upcoming airports are on their way and are expected to be in service in the near future!

Located 35 km south of Sapa, home of Vietnam’s most iconic rice field terrace, Lao Cai Airport is a single-runway airport planned for construction starting in 2021. Being one of the northernmost airports in the country, Lao Cai Airport is designed to be a mixed military-civil airport with the 4C standards of the International Civil Aviation Organization (ICAO) aimed at serving 1.5million passengers annually after its first phase of construction is completed. Whilst the details of the dimensions are still to be released, the airport will be served by a 2,400m runway capable of serving small-medium airliners like the Airbus A320 family and the Boeing 737 series.

Before the airport is completed, travellers visiting the rice terrace and Fansipan can only travel from the city’s capital Hanoi by train or bus. The exhausting overnight journey from Hanoi to Sapa stops many travellers from visiting Vietnam’s most unconventional landscape as a tropical country. However, during the winter times, it is the only region in the country that records snowfall! Together with the rice terrace of Sapa, Fansipan is the most iconic destination in the north of Vietnam that any traveller must set foot on.

Phan Thiet Airport is a single-runway airport currently under construction aimed at serving Mui Ne, Vietnam’s next destination for a beach-side vacation. With just a 20mins car ride from the airport, travellers can access the infamous Mui Ne beach and other close-by attractions. The white sand dune and local seafood are the reasons northerners travel to this city to experience an alternative to Nha Trang or Vung Tau. Planned to be completed by the end of 2022, the ICAO 4E Airport can serve up to 500,000 passengers per year.

Before Phan Thiet airport is in service, the only way to go to Mui Ne is a 5 hrs car ride from either Ho Chi Minh City or Nha Trang. The introduction of Phan Thiet Airport is expected to bring in a high volume of leisure seekers from the north of the country, boosting the local economy and development.

Long Thanh International Airport, currently under construction, is located 40km from Ho Chi Minh City. The construction of the airport is divided into mainly 3 sub-phases. Upon the completion of the third phase planned after 2035, it is expected to handle up to 100million passengers annually. To cater to the instantaneous relief of the traffic load arriving in Ho Chi Minh City, the first phase of the construction of Long Thanh Airport will be completed as early as 2025. At this time, we can expect the first phase to be complete with one 4000m x 60m runway capable of serving the Airbus A380, making it the longest runway in the country.

These three airports under construction are highly anticipated as their introduction into the industry will undoubtedly stir up a lot of changes to the travel pattern in Vietnam. Lao Cai Airport will be the highest airport in the country in terms of elevation and will bring in travellers worldwide to Sapa and Fansipan. Phan Thiet Airport will aid the promotion of Mui Ne as the next beach-side destination for locals. Eventually, the development of Long Thanh International Airport will alleviate the traffic load of Tan Son Nhat Airport, allowing inbound and outbound flights into Ho Chi Minh City like it never did.

Do you think these airports will change the industry in Vietnam? Let us know!

Read Article
A male white supremacist has been arrested after displaying verbally racist behaviour whilst passengers boarded an American Airlines…
Read Article
In an effort to tackle the issue of climate change within the aviation industry, the Swedish government is…